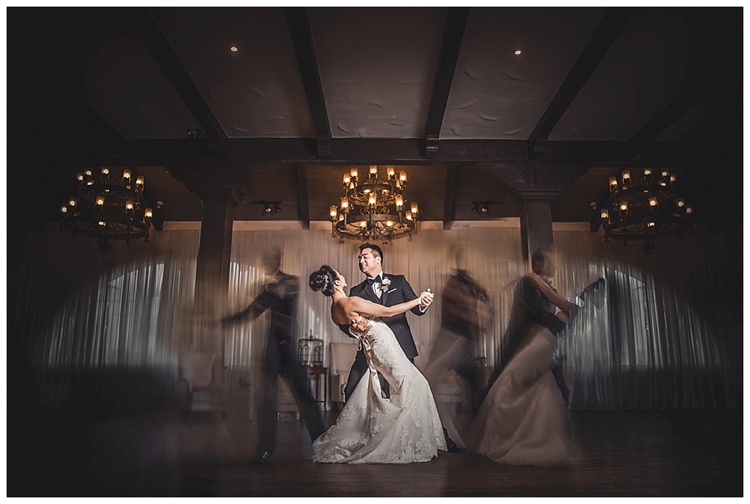 Christina and Alan were married on October 29th, with a ceremony and reception at The Villa at Lifetime Weddings and Events in Orange County, CA.

Christina and Alan got ready on the day of the wedding in the spacious hotel rooms at the Hotel Huntington Beach, which was wonderful compared to the tight, cramped spaces I’m used to working with. The light was gorgeous, too, and I didn’t have to rely too much on my flash. My second shooter, Rusti Svalstrom of Viska Photography, spent most of the getting ready portion of the day with the groomsmen, though she joined me with the ladies while Christina was putting her dress on for a while.

From there, we drove down to Huntington Central Park in Huntington Beach for the first look and then a few pictures with everyone. The bridal party was a blast to shoot with, and I found myself wishing that I had more time to shoot with them, because they were so fun and open to new ideas. They clearly loved hamming it up for the camera.

Then, it was off to the Villa for the ceremony. It was my first time shooting at this hidden gem, and I was so pleased with how the images turned out. We shot only in natural light, since I don’t like using flash during a ceremony and risking disrupting the moment.

We had a little downtime before the reception, so Christina and Alan practiced their first dance a little bit. The dance itself was astounding to watch. You could tell they’d practiced for months, and I was left wishing my wife and I had practiced a formal dance for our wedding—it looked beautiful!

While they were practicing, I took that opportunity to create a really cool shot. I did a slow shutter effect that showcased a ghostlike, fluid movement of their dancing, then hit them with a flash at the end of the shot to freeze them in the frame so they came out sharp and clear. It took almost 15 minutes to set up, so I don’t often get the chance to do things like that, but it was so worth it!

Alan & Christina, thank you for letting me be part of your wedding. I loved spending time with you and your friends and family, and I wish you nothing but the best!

Owner at Jimmy Bui Photography
I am a wedding and conceptual portrait photographer based in Southern California. When I'm not shooting weddings, or planning my next weekly photo for my Music to Life series, you may find me at Disneyland or the zoo spending time with my beautiful wife and daughter.